Ricoh has had a longstanding partnership in Women’s golf through its sponsorship of the Women’s British Open, dating back to 2007, when this tournament was played for the first time in its history at the “Home of Golf” at St Andrew’s Old Course.

In 2019, the AIG Women’s British Open, supported by Ricoh will make its return to the Marquess Course at Woburn Golf Club in Bedfordshire, where in 2016, the world number 1 in the Rolex Ranking Ariya Jutanugarn from Thailand, won her first ever Major title. At this tournament, Ricoh’s own brand ambassador Georgia Hall, will seek to successfully defend her title that she won in 2018 at Royal Lytham and St Annes.

At Ricoh we have always believed in supporting the stars of the future, today. As such, Ricoh is incredibly proud to support Charley Hull and Georgia Hall. England’s top ranked players in the world who both play on the global LPGA Tour.

In 2019, Ricoh is proud to be an Official Partner of the Solheim Cup. In 2019 The Solheim Cup will return to where it all began, Scotland, The Home of Golf. The PGA Centenary Course, host of the 2014 Ryder Cup will once again see Europe vs USA battle it out in one of the highlights of the golfing calendar.

As part of Ricoh’s partnership with these leading golf tournaments in the world, Ricoh will leverage its expertise to transform the digital workplaces of the tournament organisers as changes to the way tournaments operate occur ever more rapidly in recent years.  Ricoh aims to combine new ideas and technologies with our wealth of experience to create further innovations that will support people in their work. 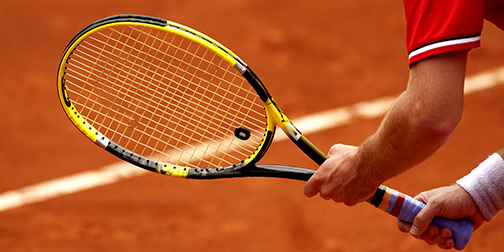 The ATP World Tour offers some of the very best that tennis has to offer. Find out about the tournaments Ricoh is supporting this year.